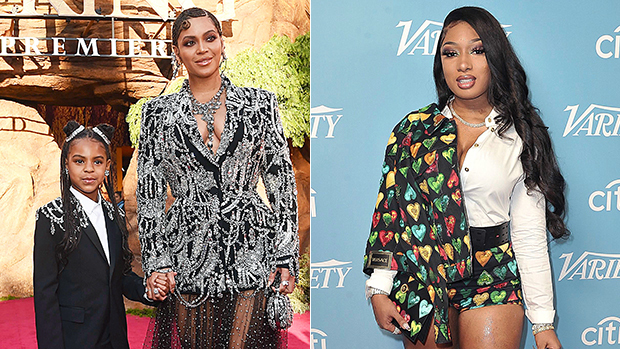 Beyoncé broke the internet on Wednesday by teaming up with fellow Houston native Megan Thee Stallion for a remix of “Savage,” the rapper’s single that went viral on TikTok with nearly 19 million users participating in the “classy, bougie, ratchet” dance challenge.

Queen Bey brings her all-empowered heat in her three verses, paying homage to the song’s TikTok fame (“Hips tik tok when I dance); her mother, Tina Lawson (“And my momma was a savage, think I got this… from Tina”) and the Texas bombshell’s hometown (“H-Town, goin’ down”).

“I’m literally crying,” Megan Thee Stallion wrote on Instagram Wednesday. “Being from HOUSTON MF TEXAS this (expletive) means EVERYTHING to me !!!! SAVAGE REMIX FT THE QUEEN @BEYONCE OUT NOW!”

Both Beyoncé and Megan Thee Stallion are donating proceeds from the “Savage” remix to the Bread of Life, a disaster relief organization working to provide meals to Houston families amid the coronavirus pandemic.

But the single serves as much more. Bey and Meg’s lyrics exude confidence, strength and women empowerment, offering a much needed distraction from quarantine time.

“I didn’t think this song could get any better….enter @Beyonce! AND the proceeds will benefit Bread of Life’s Houston COVID-19 relief efforts!” Kerry Washington tweeted.

“Congrats to @theestallion, and @Beyonce for always coming through,” tweeted @desiadominique. “Whew. I needed this record. Put me in a great mood just now. Y’all did not have to go OFF like that.”

And in typical Beyoncé fashion, much like the surprise release of her self-titled album in 2013, the “Savage” remix appeared out of thin air without any promotion or announcements.

In September, Megan Thee Stallion announced that she signed with Jay-Z’s Roc Nation.