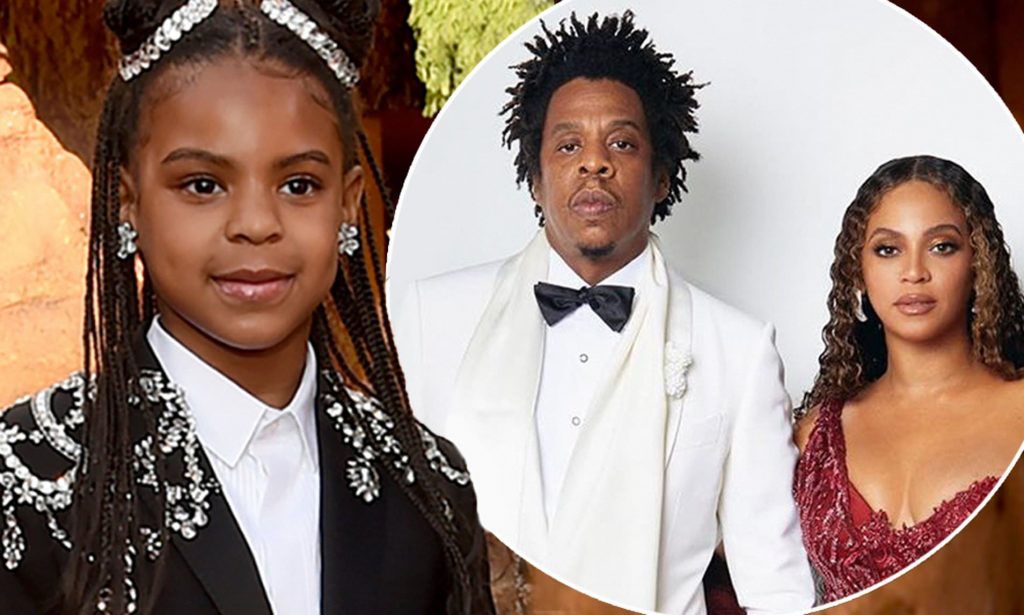 Well it is true when they say; ”the apple does not fall far from the tree”. At just age 8, Beyoncé and Jay-Z’s oldest child, Blue Ivy Carter, was just nominated for a BET award following her feature on Beyoncé’s “Brown Skin Girl,” alongside Wizkid, and SAINt JHN. The song originally appeared on The Lion King: The Gift soundtrack in 2019.

“Brown Skin Girl” is nominated for the BET Her Award, which recognizes neo soul and traditional R&B artists. Other songs nominated in the category include, “Underdog” by Alicia Keys; “Melanin” by Ciara featuring Lupita Nyong’o, Ester Dean, City Girls and LaLa; “I Choose” by Layton Greene; “Tempo” by Lizzo featuring Missy Elliott; and “Afeni” by Rapsody featuring PJ Morton. Beyoncé is also nominated in three other categories—Best Female R&B/Pop Artist, Album of the Year for Homecoming: The Live Album, and Best Movie for Homecoming.

Although an exciting accomplishment, this isn’t Blue Ivy’s first major awards nomination—or win, for that matter. In February, she won an NAACP Image Award for “Brown Skin Girl,” which also charted on the Billboard Hot 100. Last fall, she won a song-writing trophy for the same track at the BET Soul Train Awards.

Blue Ivy’s grandmother Tina Lawson congratulated her granddaughter on the NAACP honor with a sweet Instagram post. “Congratulations BLUE IVY on your NAACP award last night for singing and writing on ‘Brown Skin Girl’ from the Album The Gift. 👏🏾👏🏾The youngest artist to win a major award👏🏾👏🏾Grandma is soo proud of you❤️❤️❤️ 8 years old!!!!🙏🏾❤️ You are giving all the beautiful little brown girls a voice ❤️,” she wrote.

If Blue Ivy and Beyoncé take home the trophy later this month, it won’t be the family’s first win in this category. Bey took home the BET Her Award for “Formation” in 2016 and Solange won the trophy for “Cranes in the Sky” the following year.