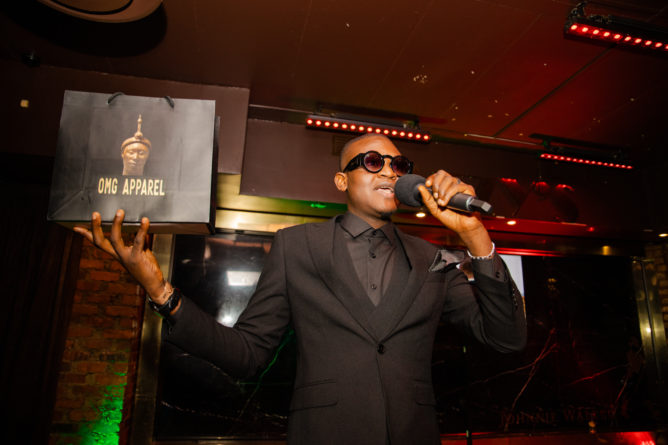 Oduduwa Music Group is ready to drop new music! South Africa, be on the lookout for some hot new music on the way from a fresh new artist on the block, Galay Banton.

It is no secret that the South African Hip Hop genre has been finding it hard to stay afloat lately with everyone subscribing to the new genre known as ‘Amapiano’. However, judging from what we heard at Galay Banton’s single release party on Wednesday night, this might just be the resurrection SA Hip Hop needs.

Galay Banton debuted his single titled ‘Weekend Baby’ during an intimate party at Katzy’s Live. The doors opened at 19:00 and at 21:30 the wine bar venue was packed to the max.

Attendees were treated to an open bar and a taste of the finest selected liquor from sponsor G.H Mumm and Martell Cognacs.

Galay also serenaded fans with an electrifying live performance followed by an auction of Oduduwa Music Group’s branded T-shirts which range from R1,200 to R1,500 each.

It was an extremely successful launch which trended on social media and people are really showing Galay some love.

There was also more focus on the venue’s turn out which was probably reason why everybody attended in the first place. We couldn’t help but notice the venue’s Grillhouse menu, a stellar wine bar, cocktail cigar display window, and more than 100 different whiskeys, fine cognacs and bourbons to choose from. The newly enlarged Katzy’s, which has a wraparound garden and outdoor area, is the place to be!

“thanks for coming out tonight, you could have been anywhere in the world but you chose to be here with me” exclaimed Galay before he took to the stage to perform the new hit track.

Listen to the track posted on his Insta timeline below: