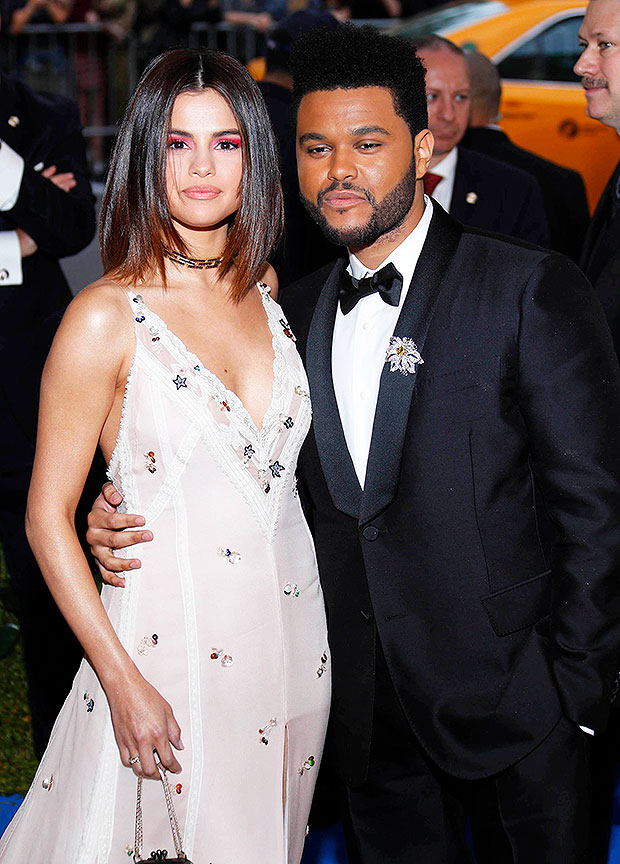 The Weeknd dropped the music video for his song ‘Snowchild’ and fans quickly took to Twitter to share reasons why they think it’s about his ex Selena Gomez, including the fact that it was released on her birthday.

Is The Weeknd‘s latest song “Snowchild” about his ex Selena Gomez? That’s the conclusion that many fans are coming to on Twitter after the 30-year-old singer released the eye-catching music video, which you can see above, for the new tune on July 22, Selena’s 28th birthday. The followers were also quick to point out that in addition to the date of the release, there seemed to be various clues in the lyrics and video features of the song that made it clear to them he’s referencing his 10-month long relationship with the brunette beauty.

In the beginning of the animated video, many balloons can be seen, which some fans could be a hint about Selena’s birthday. “he released this song on selena’s birthday (today) which is referenced from pretty much the first scene,” one Twitter user wrote while sharing screenshots of the balloons in the video as well as a pic of Selena surrounded by blue and white balloons on one of her past birthdays. The same user pointed out that the animated version of The Weeknd, whose real first name is Abel, does a “double take” at an animated version of a girl who is wearing her hair in a style that Selena’s worn before.

“he did a double take at someone who wears her hair very similarly to selena (she’s also wearing his jacket in the second pic),” the tweet read. Another user wrote about how Selena mentioned her favorite song from The Weeknd’s album, After Hours, is “Snowchild” and she even added it to her “Cooking Together” Spotify playlist back in Apr., which could be another indication that the song is about her. “Today is selena’s bday and she mentioned before that her fav song from the album is snowchild.. Abel i got you.. And also he liked his picture with her on insta recently..,” the tweet read.
This isn’t the first time that fans speculated about who The Weeknd’s songs and music videos are about. In Mar., they wrote about how they think he drops multiple references to his other ex Bella Hadid, 23, in After Hours. They talked about how the lyrics about a “chrome heart” necklace could be compared to one of the model’s jewelry pieces, and insisted the painful feelings he sings about are towards his on-again, off-again relationship with her.

We’re not sure if The Weeknd’s latest songs on After Hours are indeed about Selena and Bella and he definitely hasn’t confirmed anything, but we can totally see why fans would put two and two together! We’ll be on the lookout to see if the talented singer says anything about the speculation in the near future. Until then, we we’ll just have to keep having fun guessing!